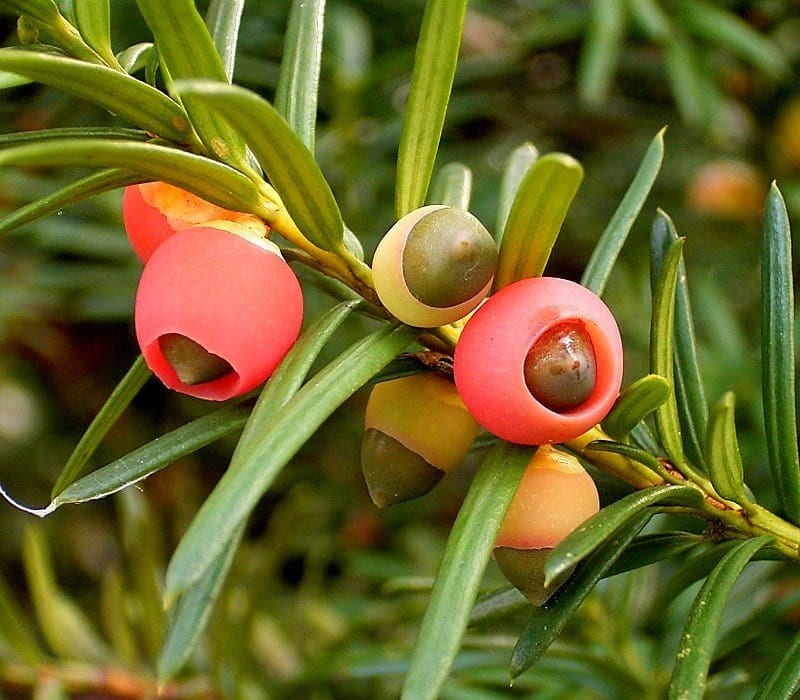 When I was a young medical student, I soon realised every person I met had an interesting story to tell. It was often the older members of society who had the best tales. Likewise with plants, they also have fascinating stories, none more so than one of my favourite trees, Yew (Taxus baccata), winter never being a better time to take look at conifers. Here are just a few of its stories. 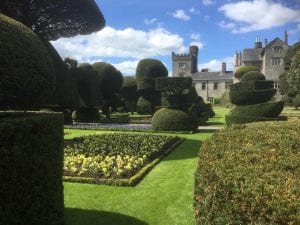 Firstly, that Latin name, ‘Taxus’, which comes from the Greek word for bow, ‘Taxon’. Yew was the wood of choice for making the medieval English longbow, with the heartwood on the inside of the bow and the sapwood on the outside. This made the most efficient use of their properties, as heartwood is strongest in compression, whilst sapwood is superior in tension.

Taxus is also where we get the word ‘toxic’ from, with nearly the entire tree extremely poisonous. Ornithologists amongst you might therefore wonder how birds such as Thrushes can eat the berries from the female Yew trees without ill-effect and thereby distribute its seeds. The red fleshy sweet tasting aril is the only part of the tree not poisonous, even the seed is extremely toxic but passes through bird’s gut, undigested, protected by its hard outer coat. Although we talk of the Yew ‘berry’, strictly speaking, botanically it is a ‘cone’ just as in other conifers. 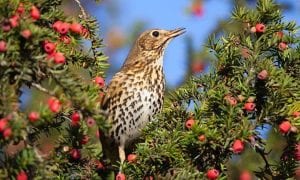 Yew trees are commonly associated with churchyards, for which there have been many explanations. The most likely is probably nothing to do with Christianity but the fact that churches were often sited at sites of previous pagan worship, which favoured Yew. In my opinion however there is no better place to see Yew than growing from the grykes of a limestone pavement up in the Dales, where its shape has been sculptured by the wind and its height bonsaied by the thin soil. Trying to estimate the age of these most long-lived of trees is difficult, with no living heartwood found in British yews older than 400 years. No one is sure at what age they start to hollow, or why some years they grow so little no annual growth ring is produced. 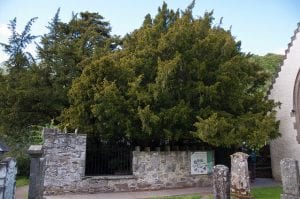 Finally, Yew has given us one of the most widely used anti-cancer drugs of recent years, Paclitaxel (Taxol). Even in 2021 one in three of our drugs are made or originate from plants. The National Cancer Institute in America, in the late 1950s & 60s looked at over 12,000 plants for potential sources of anti-cancer drugs. They found only two leads, one of which was the Pacific Yew (T. brevifolia). In 1964 bark extracts were found to be toxic to living cells. It took a further seven years (1971) to isolate Paclitaxel (Taxol) and further eight (1979) before it was discovered to work in a completely new way against cancer. A eureka moment! Only problem Taxol was only found in the bark, and even then in low concentrations. It took the bark from six trees to treat one patient and harvesting the bark killed the tree!

The search went out to find a Yew species where the chemical was in the leaves, not just the bark. They did not need to look too far; our European Yew (T. buccata) contained a similar chemical molecule in its leaves, which with a little modification could produce Taxol. So the call went out to country houses, like Levens Hall in Cumbria to save its Yew clippings from its famous topiary to produce Taxol. It is a large and complicated molecule (see below), so we still let the plant do all the hard work manufacturing the chemical, which we now grow semi-synthetically in plant tissue culture in the laboratory, rather than rely on those Yew clippings. 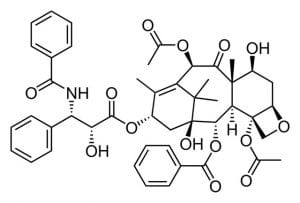 Taxol may not be a golden bullet, but has certainly become a game changer for ovarian and breast cancer. Yew is a truly amazing plant and February never a better time to take a closer look.