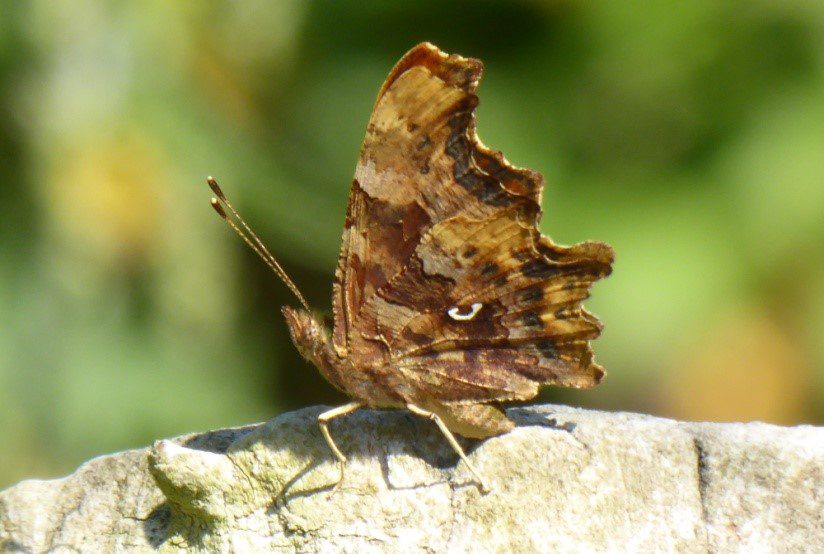 For me the defining moments of spring are the emergence of the first butterflies, the arrival of migrant birds and the appearance of frogs in our ponds.

The first butterflies were two small tortoiseshells in Wharfemeadows Park on March 14th, then a peacock at the edge of Middleton Moor on 18th where other signs of spring were evident with curlews, lapwings, greylags, skylarks and meadow pipits back on their breeding grounds.

Unfortunately, there had been no sign of the creatures for which we had been searching, adders emerging from their winter hibernation, although we had heard of them being seen in several other sites from mid-March.

The following day, back at home, the first bright yellow male brimstone flew by while the first chiffchaff sang from the woods and clumps of frogspawn were laid in our ponds where I knew it would be unlikely to survive the depredations of the large population of palmate newts which regard the frogs’ eggs as a seasonal bonus.

More brimstones, small tortoiseshells, peacocks and a single comma (pictured showing the characteristic white comma in the underwing) passed through before the “butterfly weather” was brought to an abrupt halt by freezing temperatures and falls of snow in the final few days of March. These four butterflies are the ones which overwinter as adults, often tucked away in sheds, hollow trees, woodpiles or piles of dead leaves.

The second wave of emerging butterflies coincided with the cherry tree in our back garden exploding into a riot of blossom over the Easter weekend of 16th/17th April when the first orange-tips and holly blues appeared alongside the peacocks and brimstones. These smaller butterflies have passed the winter as chrysalises rather than adults, hence their later arrival.

The orange-tips passed to and fro constantly, the males conspicuous with their orange wingtips. The females, emerging a little later than the males, lack the orange but when settled show the same striking green and white marbled pattern on the underside of the hindwing (pictured, a female on a cherry blossom).

The tiny holly blues, by contrast, are more difficult to observe for they tend to stick to foliage high in the trees where they feed on aphid honeydew. I had photographed them previously sucking up salts from damp mud at the edge of one of the ponds (pictured).

Butterflies, like moths, bees and other insects are in serious decline, especially in Britain which has had one of the worst records for biodiversity in Europe over a number of years.

To encourage them in your garden, stop using pesticides and “Don’t Mow in May” to allow wild flowers to spring up on your lawn. Butterflies love dandelions!