Oxford Ragwort – the scholarly ‘weed’, that travelled the country 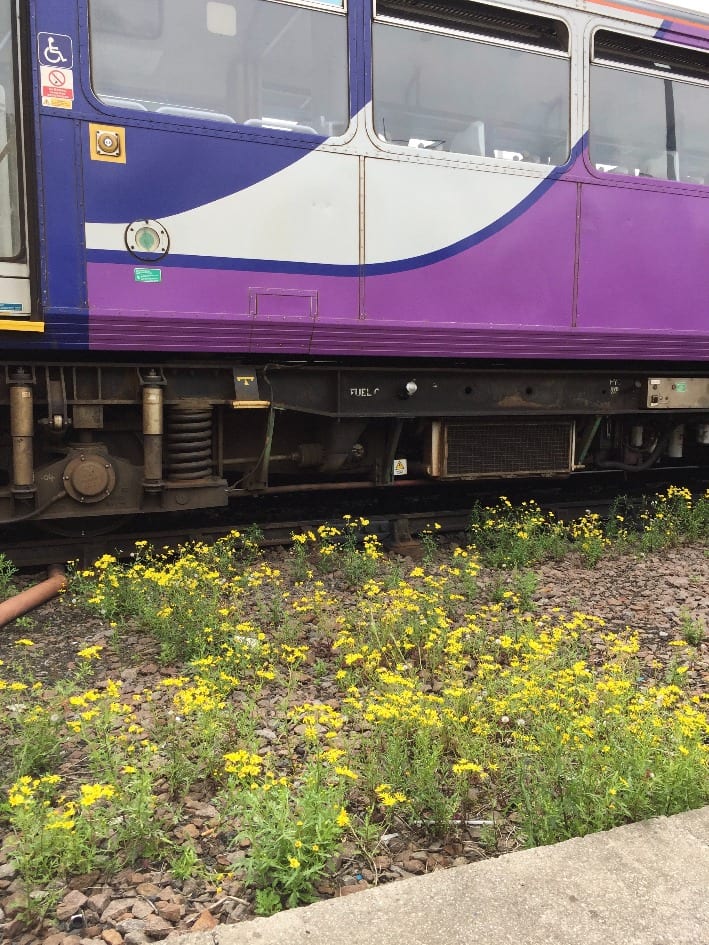 The mention of plants and railways might make you think of poorly maintained plant troughs or the usual autumn excuses of ‘leaves on the line’. Next time you find yourself standing on a railway platform or travelling by train, take a look around you. Railways are an interesting habitat with some attractive flowers, but you need to be quick before Network Rail arrives with its weedkiller!

The four plants that always catch my attention, I have nicknamed ‘The Railway Children’. These are Buddleia, Rosebay Willowherb, Red Valerian and Oxford Ragwort. The seeds have all arrived by wind, including the breeze produced by passing trains. Valerian, Willowherb and Ragwort all have seeds with feathery parachutes much like a dandelion, while buddleia seeds are so small and light they are easily carried upwards, with plants often germinating high up on derelict buildings.

All have fascinating stories to tell, none more so than Oxford Ragwort (Senecio squalidus). It all started in 1690 at Mount Etna, where visiting botanists from Oxford University discovered the plant growing on the lava slopes. They returned with seeds to grow in the University’s botanical gardens. The plants so much enjoyed their new home that they soon hopped over the wall and spread like tourists that visit the city today to see the surrounding colleges. There it might have stayed, a novelty confined to the city walls. However, in the 1840s the railway arrived in Oxford, providing a means of escape from its rarefied confines. The track ballast and clinker used to support the rails was not dissimilar to the laval soils it had loved in its native Italy, thereby providing perfect growing conditions. So it ‘packed its bags’ and has travelled and spread the length and breadth of the UK’s rail network. Not just satisfied with living next to the rail tracks, it can now be found growing in most city and town centres on waste ground or cracks in the pavement.

Looking similar to Common Ragwort, it can be told apart by its shorter stature and bushier appearance, with slightly larger flowers held in a loose cluster. There are other differences, but I am going to leave that to the taxonomists and botanical floras to explain.

Lastly the origin of that generic name ‘Senecio’ comes from the Latin ‘Senex’ meaning old and alludes to the profusion of grey feathery seeds, looking much like an old gentleman.