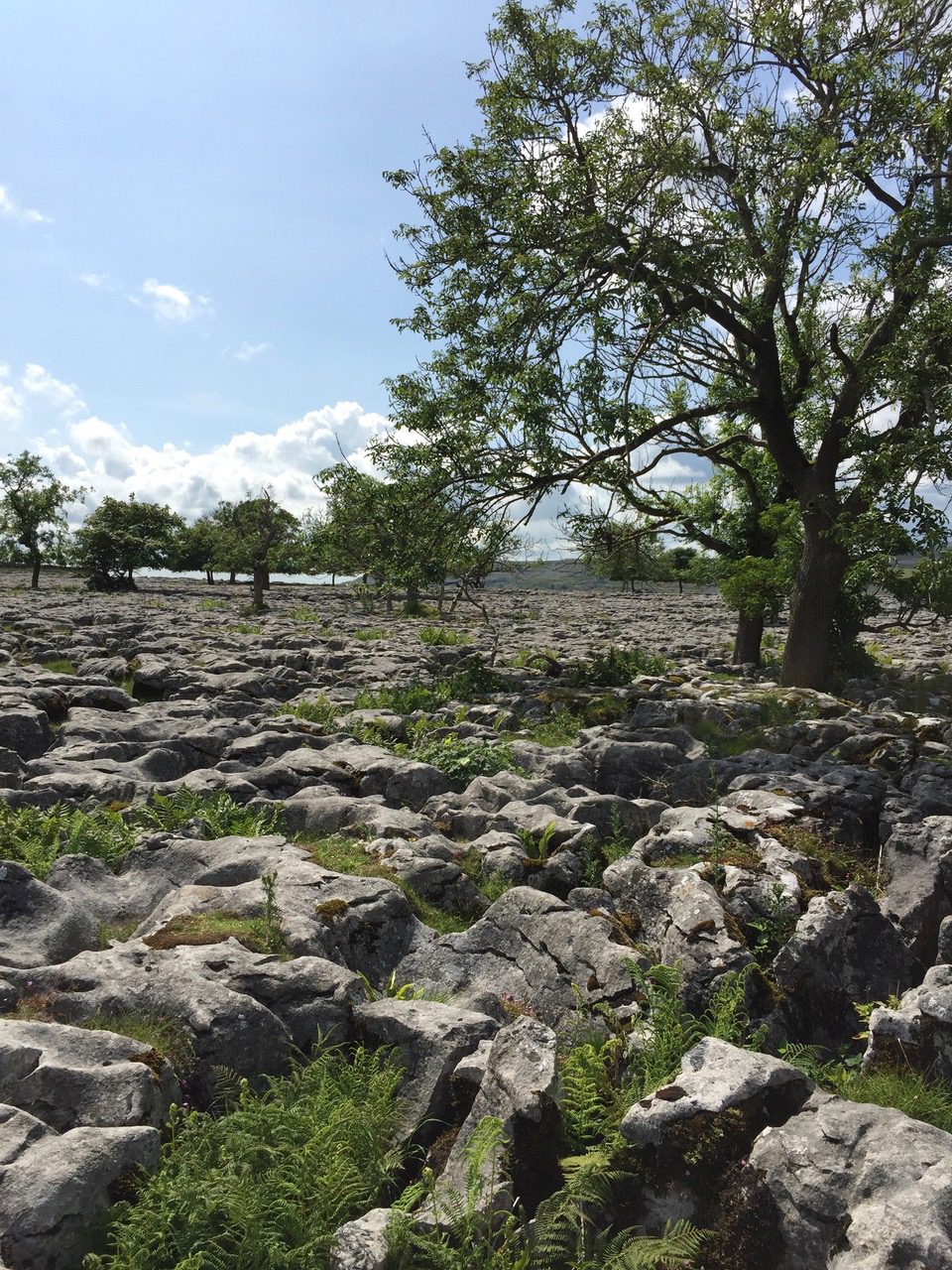 The Yorkshire Dales are known for their limestone scenery, especially limestone pavements. It is easy to think that the rock surface of the pavements that form such a dramatic element of today’s landscape were always bare. Their formation for many years remained a geological mystery; the naked rocks of today are the end point of the process, not the beginning, so how did they form?

Let’s start at the beginning, 330 million years ago. This was known as the Carboniferous Period, so-called because it was when most of world’s coal was formed. What was to become the Yorkshire Dales was situated close to the equator and covered by a shallow tropical sea. Thick layers of shells and crustaceans were deposited on the seabed, which over time and with compression has resulted in the formation of carboniferous limestone that forms much of the southern dales today.

Now fast forward to the ice age, starting 500,000 years ago, when the Dales were covered by ice, up to 1km thick, on at least three occasions. The great weight of all this slow flowing ice caused a massive scouring out of valleys giving us their ‘U’-shape of today. In addition, the ice has also caused the limestone to fracture along horizontal lines of weakness called bedding planes.

Then, as the climate warmed and the ice melted for the last time 10,000 years ago, the retreating glaciers left large amounts of clay, boulders and pebbles (known as boulder clay or till). Conditions were still cold and harsh much like the tundra today and a layer of wind-blown silt known as loess was deposited on top of the till.

Gradually the climate warmed and vegetation returned, eventually progressing to a woodland habitat overlying the limestone bedrock. The most dramatic feature of the limestone pavements, its division into blocks or clints separated by deep vertical cracks or grykes could then begin to develop under a deep layer of soil and till. Water containing carbonic acid from dissolved atmospheric carbon dioxide, seeped down picking out the vertical joints in the bedrock, gradually widening to create the grykes. Over time vegetation, soil and glacial debris has been lost, aided by mans’ activities of clearing woodland and grazing with domestic livestock.

Once the limestone pavement surface emerged from its vegetation cover its development stopped. The elements of wind, rain and frost will modify the features a little, but the basic structure is now literally set in stone!