The Story of the Crocus, the Bumblebee and the Ant 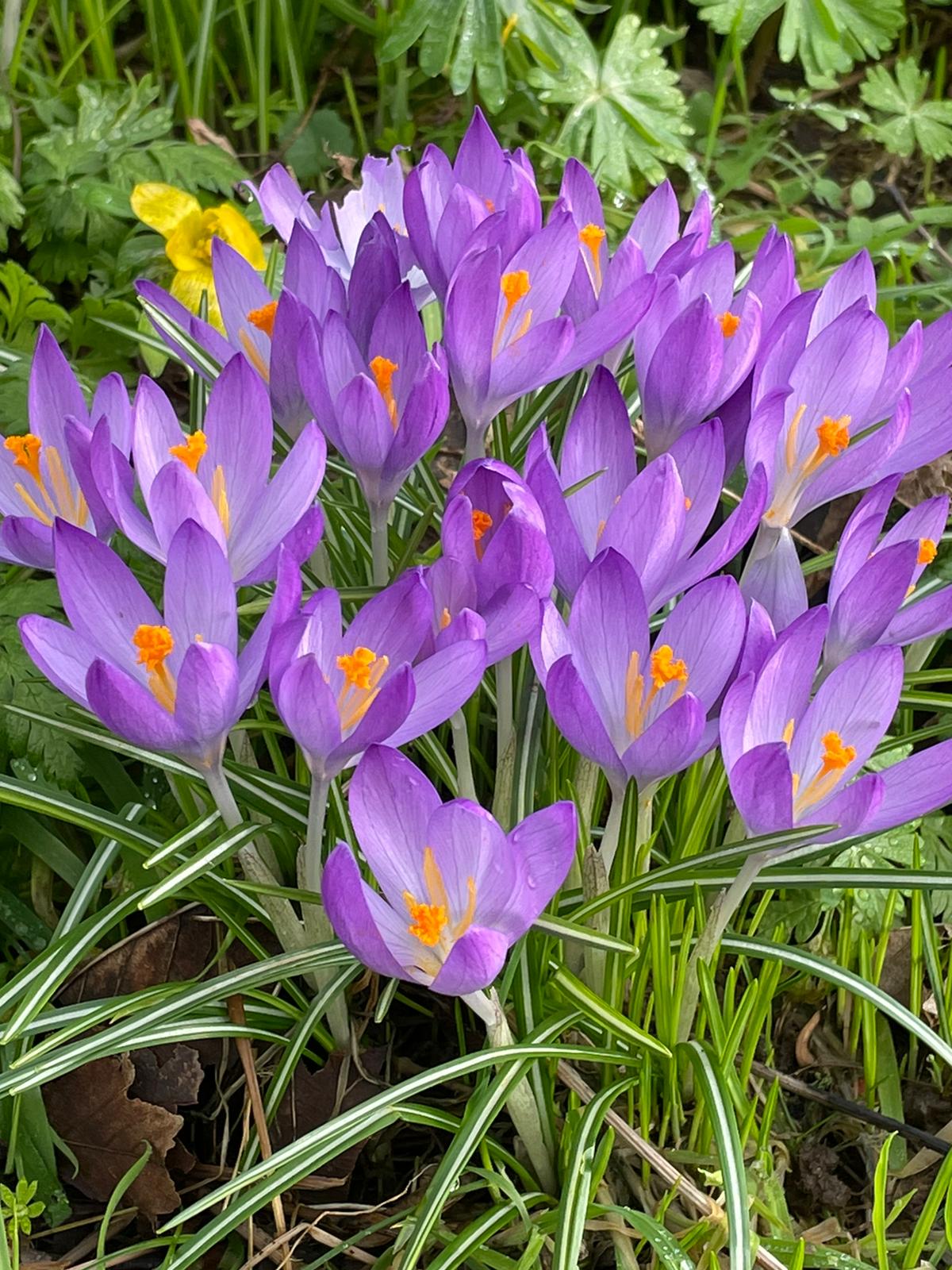 As soon as the last pumpkin has I am not sure why, but Crocuses (Spring Crocus, Crocus vernus and Early Crocus, C. tommasinianus)tend to be ignored botanically. Perhaps we are all eagerly waiting for Lesser Celandine, Dog Violet, Wood Anemone, and other spring flora to come into flower.

Then think again, Crocuses are fascinating plants with a close relationship with insects both for pollination and seed distribution.

Crocuses are members of the Iris family, growing from a corm and coming into flower from February onwards. It is certainly welcome news for queen bumblebees emerging from hibernation.

Long-tongued bumblebees are one of the few insects that can reach the nectaries found underground at the end of the long flower-tube. The precious nectar is there only for insects that contribute to pollination, so to protect the nectar from unwanted insects such as small flies, a ring of hairs is found barring their way.

It is not just bumblebees that visit these early flowering plants, but foraging honeybees. Unable to reach and collect the nectar with their shorter tongues, they are still interested in collecting the pollen.

It takes a large amount of the plant’s energy to produce the protein-rich pollen and sugary nectar and is not to be wasted. This is why the flowers close at night or when the weather is wet. Crocuses exhibit a phenomenon called thermonasty.

Like a bimetallic strip, the flower responds to rising and falling temperatures. The petals or tepals can sense temperature, and when warming up in the early morning they grow differentially, more on the inside than on the outside, allowing the flower to open. Conversely as the temperature drops in the evening, it is the outer parts of the petal which grow faster than the inner parts, forcing them to close again. If you have Tulips growing in your garden, take a look, they do exactly the same.

It is not just in pollination that insects play an important role, but also seed distribution. The ovary like the nectaries, lies underground. After fertilisation and seed formation, the flower stem grows, pushing the seed capsule above soil level. The capsule then opens, releasing its seeds. The seeds have a prominent appendage or elaiosome, which is rich in lipids and protein. Ants find the fat and protein dinner irresistible, carrying the seed underground to feed their larvae. After the larvae have consumed the elaiosome, the ants take the seed to their waste disposal area, where the seeds can germinate, perfectly placed and away from the parent plant.