Could it be that the era of the country fox is ending? 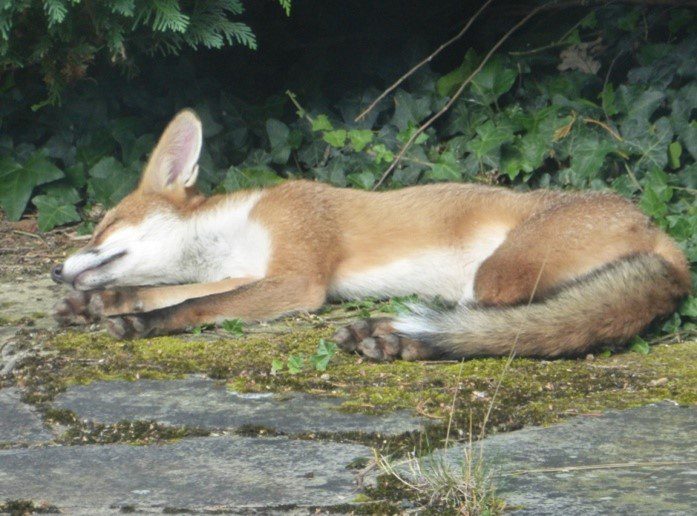 Could it be that the era of the country fox is ending? Certainly, for anyone wanting to see foxes in numbers the place to go is into north Leeds where the high concentration of fast food outlets catering to large numbers of students has also produced a thriving population of foxes.

As readers of Roald Dahl’s “Fantastic Mister Fox” will be aware, foxes usually live in family groups, each holding a territory that in an urban environment with a reliable and easily accessed food supply, can be as small as 0.2 sq km.

Their main food sources come from dustbins, discarded fast food and bird tables although many have learned to tour gardens in the expectation of handouts from sympathetic householders.

My brother-in-law who lives in Headingley was one who regularly supplied a neighbourhood fox with titbits until the day when he went inside to fetch its treat, leaving the patio door open, only to find when he turned round that the fox was sitting behind him on the kitchen floor. He gave up the practice after that.

It highlighted the extent to which town foxes can become very confident around humans especially where a handout of food is involved.

Country foxes, while sometimes curious, are usually wary and will not closely approach humans. An amazing exception to this occurred with one which my wife and I encountered a few years ago on a remote track in Corsica. Instead of vanishing into the scrub, it walked directly towards us, passing so close that I could have reached down and tickled its ears. Having passed us, it looked back and then hopped up the bank and out of sight. It wanted nothing from us – it simply had no fear, surely unusual for a creature so often persecuted by man.

For the town fox, catching moving prey is reduced to an occasional town pigeon and many are no longer equipped to survive the tougher country life. A Wharfedale farmer I spoke to once was contemptuous of the attempts by “do-gooders “ involved in a scheme to round up urban foxes and return them to the countryside. He described how such animals could not cope and would sometimes wait by gates for them to be opened. He said the kindest thing was to shoot them.

Their country cousins have to rely much more on their hunting skills with a diet of small mammals such as rabbits and voles as well as small birds, earthworms, beetles and fruit. In upland areas in winter they may depend on carrion and, to survive, the country fox may need a territory of up to 40 sq km.

They often dig their own dens or may enlarge a rabbit burrow or move into part of a badger sett that is not being used by the badgers.

In the towns, dens may be dug in brown field sites although, with many of these now being built on, some have taken to living under garden sheds.

Many foxes, however, opt for the best of both worlds, going into the suburbs to forage for a living by night before returning to an earth in the countryside at daybreak.

With a garden backing on to Farnley Hall woods, we have had an occasional fox deviating from its route home for a drink at a pond, sometimes followed by a rest on the patio.

They can sometimes be encountered trotting confidently along the roads out of north Leeds, heading for home after a night on the town.

Perhaps it is no surprise that the majority of fox sightings in Wharfedale in the past few years have come from the southeast, around Otley and Menston. It raises the question as to whether many of these have spilled over from north Leeds, just a short fox trot away. With urban territories so small, many young foxes must be forced to move out to seek their fortunes elsewhere.