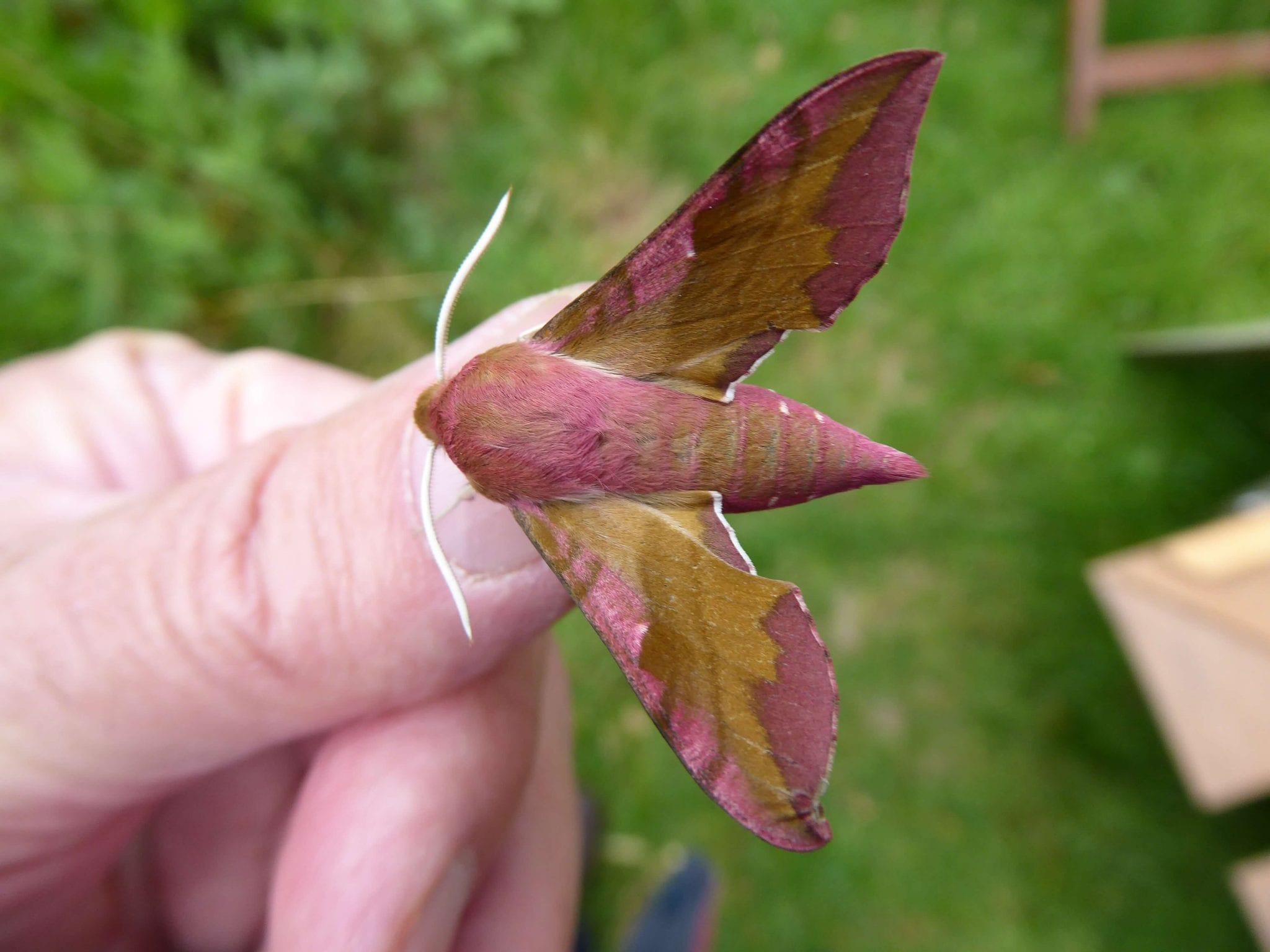 A month ago I wrote of the animals that can be picked up on a remote camera set up overnight, especially mammals like badgers, foxes, mice and voles which are mainly nocturnal.

However, by far the largest numbers of creatures active at night are insects, especially moths, difficult to see let alone identify in the dark but which can be enticed into a light trap and examined at leisure once the sun is up and they have resumed a torpid state, before being released to nearby foliage to wait for dark.

This year our garden has played day-time host to fifteen butterfly and seven dragon or damselfly species. By contrast there have been over 220 species of night-flying moths, most during the warmer months. My trap operates with two strip lights that glow blue but give out mainly ultra-violet light, attracting moths which, once in the trap, hide away under old egg boxes supplied to give them shelter.

Moths come in a bewildering variety of shapes and sizes and, while I try to identify them all including tiny micromoths I am impressed most by the larger and more spectacular.

The prize for the most numerous goes every year to Large Yellow Underwings. The first appeared in mid-June, the last at the end of September with a scarcely credible 240 on 6th August, great news for some of the neighbourhood bats, especially long-eared for which they are a major food item.

Among my favourites for the year would be Puss Moths which appeared just twice, huge furry creatures with three inch wingspans, white with a mesmerising pattern of black zigzag lines across the wings.

Even better was the Small Elephant Hawkmoth (pictured perched on my thumb preparing for take-off) which I had been hoping to see for eight years, a marvel of streamlining with swept back pink and green wings. They are thinly distributed within Wharfedale and less common than their bigger Elephant Hawkmoth cousins which appeared three times. I searched in vain for the spectacular caterpillars of either species, having found several of the bigger species, three inch monsters with fake eyes, on willowherb some years ago.

Although I have recorded more moths this year than any previously, resulting from time spent at home during lockdown, it does not reflect the well documented decline of moth and other insect species. This has accelerated over recent years with the biggest factors the destruction of habitats and the overuse of pesticides on both farms and gardens.