Brussels Sprouts: Love them or Loathe them 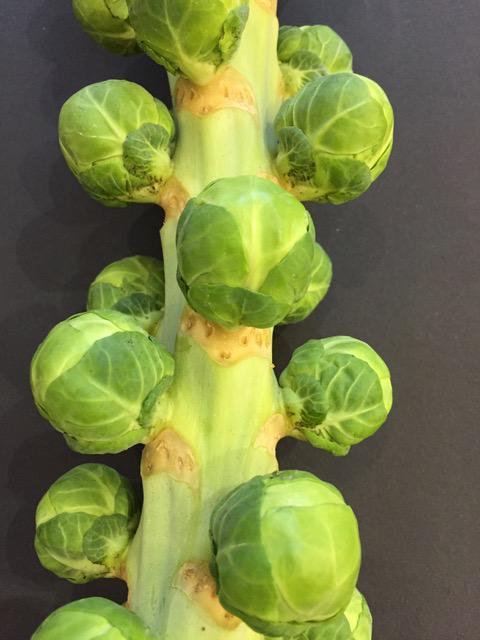 Christmas dinner wouldn’t be the same without Brussels sprouts. Love them or loathe them, one thing you cannot say about the humble sprout is that it’s boring. At least not botanically speaking! 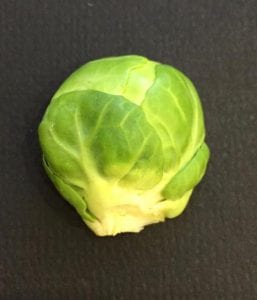 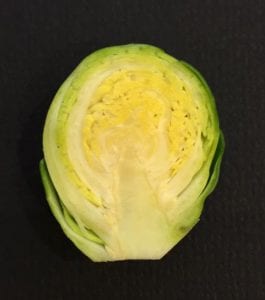 The sprout we know today is the result of over 2,000 years of selective breeding. Its big brother the cabbage was even responsible for the start of a frozen food empire. When Eleanor Birdseye desperately missed her fresh vegetables while living in Northern Canada in the early 1900s, husband Bob copied the preservation techniques of the Inuit. They knew that food, frozen extremely fast in the sub-zero Arctic temperature, kept its flavour and freshness. So Bob tried freezing cabbages in a barrel of salty water, and so a food empire was born – “Birds Eye”.

Next time you are out shopping, take a close look along the vegetable shelves. Kale, Cabbage, Brussels sprouts, Kohlrabi, Cauliflower and Broccoli, despite looking so different, all are cultivars of the same species, the Wild Cabbage (Brassica oleracea).

Wild cabbage looks not unlike Oil Seed Rape, which is not surprising as Rape is a hybrid of the Wild Cabbage and Turnip (Brassica rapa). Native to the Mediterranean, it can be found growing in the UK, along the south and west coasts. Intolerant of competition from other plants, it has retreated to the chalk and limestone cliffs close to the sea, where it tolerates both the salty and high calcium environment. 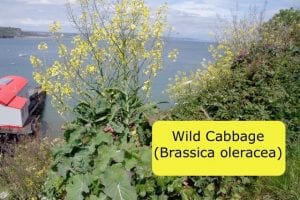 The chronology is far from clear, but over thousands of years farmers have selectively bred and enhanced certain morphological features of the Wild Cabbage, producing an amazing array of vegetables. This continues today, with an increasing number of varieties available.

Kale was the first, known to the Romans and Greeks, and is the most similar in appearance to its wild ancestor, plants having been selectively bred with larger leaves.

Cabbages came next and were being cultivated by the 12th century. Artificial selection of plants with tightly bunched leaves at the growing tip and which formed a grossly enlarged terminal bud, produced the White, Red and Savoy Cabbages we recognise today.

Brussels Sprouts are just like miniature cabbages, cut one in half and you see what I mean. This gives us a clue to their origins. They are formed from expanded lateral/side shoots or axillary buds. You can appreciate this more if you buy your sprouts still on the stalk, remembering that beneath each sprout there would have been a leaf when it was in the farmer’s field. 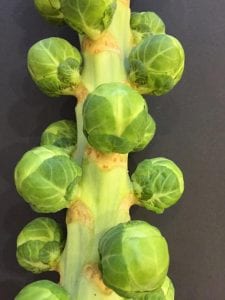 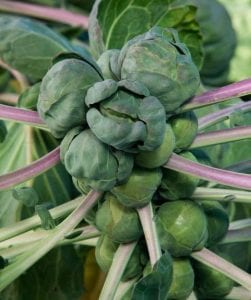 Early forms of Cauliflower and Broccoli, like our Christmas sprouts, were being grown by the 16th century. Both have been bred with exceptionally large flower heads or inflorescences. As if by proof, leave Broccoli too long in the fridge and a few flowers will open.

Lastly Kohlrabi, that most strange looking of vegetables has been developed by selecting for fatter stems.

You have probably never considered it, but any trip to the supermarket or greengrocer, will now feel like a botanical field trip. Never stop being inquisitive!

Finally, Happy Christmas to you, your families and your friends. 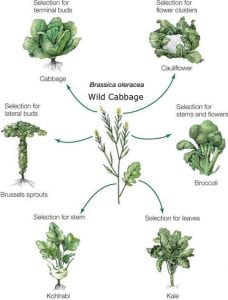